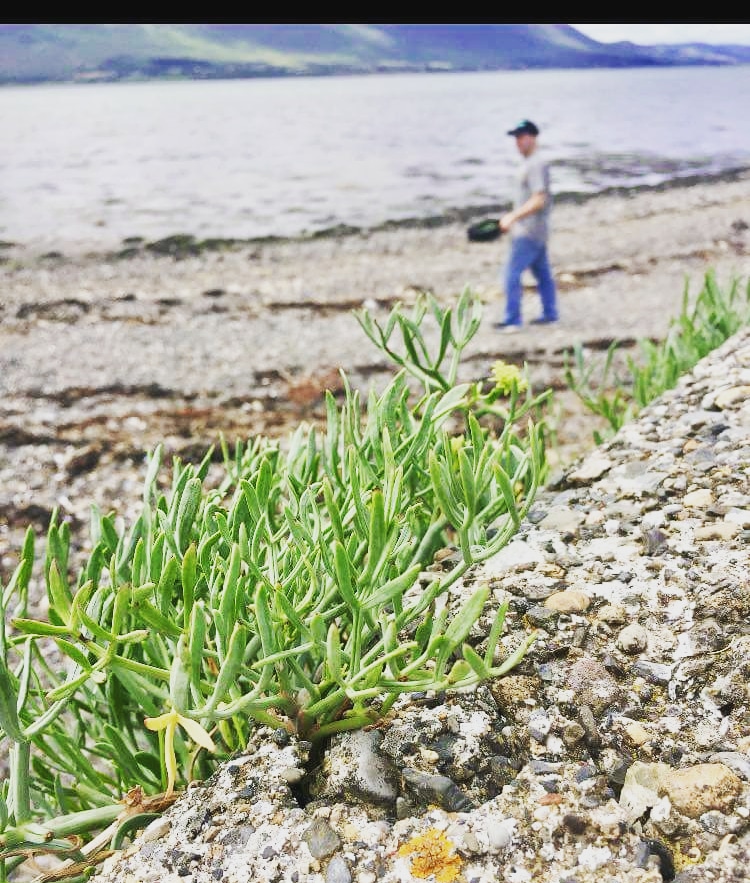 2 days in a row now I have been out in the woods foraging with Dale our apprentice chef. First we headed off to cockle shell (in Kerry) to do a little coastal forage. When we arrived I could see nothing but walls full of what I can only describe as coastal gold, (samphire). Being out by the sea, picking ingredients to put on plates for costumers and then knowing that I have done what’s best for the people that pay me to do so. We picked up seabeet, sea Astra. All this grows in every place by our sea and is so healthy for us that companies are coming to Ireland and pillage the coast. The best thing is Dale and I got to spend time together knowing what we were doing was our best for your plate.

On day 2 we went to the woods to get some delicious woodland herbs to garnish your dishes putting the freshest herbs on a plate that cost petrol. I have watched Dale now for 10 months and it is sensational to watch the youth I spire me. His ability to do what’s right is fantastic. His heart has what we call Croí but that’s not what this is about, it’s about spending time in nature so as not to forget not to abuse it and I don’t consider golfing spending time in nature. Pre-occupation is you considering the golf ball. Foraging is spending time with your thoughts while using the beauty of nature as inspiration. I thank Noel, Paul, David and Dale for inspiring me everyday. 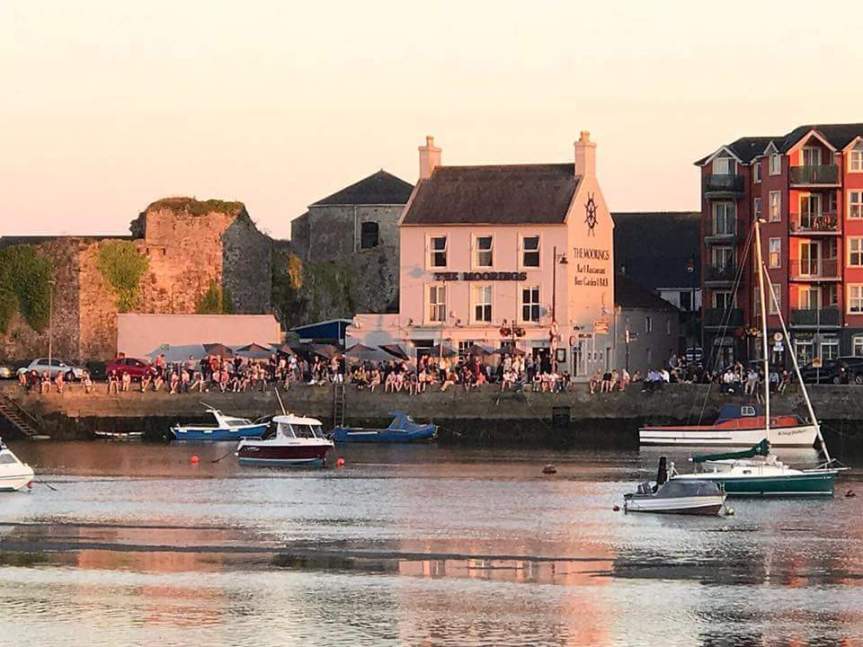 Im all for the fine weather & the business it brings the excitement the craic for the guest & the production of management of people. We in our business are the willing we are the purveyor of food & drink & the creators of peoples experience. We are dedicated hard working and consistant to our trade. Our experience in hospitality will not be found on any certification from a college or school. We think on our feet we forward plan & are always fore-armed for any eventualities. We are given a blank canvas of the business and we create a new picture everyday. No day or night is the same no moment is the same nobody is the same. We are skilled to adapt and react and deliver. We are the Willing. We are Dedicated. We are a Unique highly skilled individuals. I pay my respects to All in Our industry who go to work do their job to the best of their ability To ensure Our guests enjoy the experience of Hospitality at the highest standards there are. #atyourservice 👤 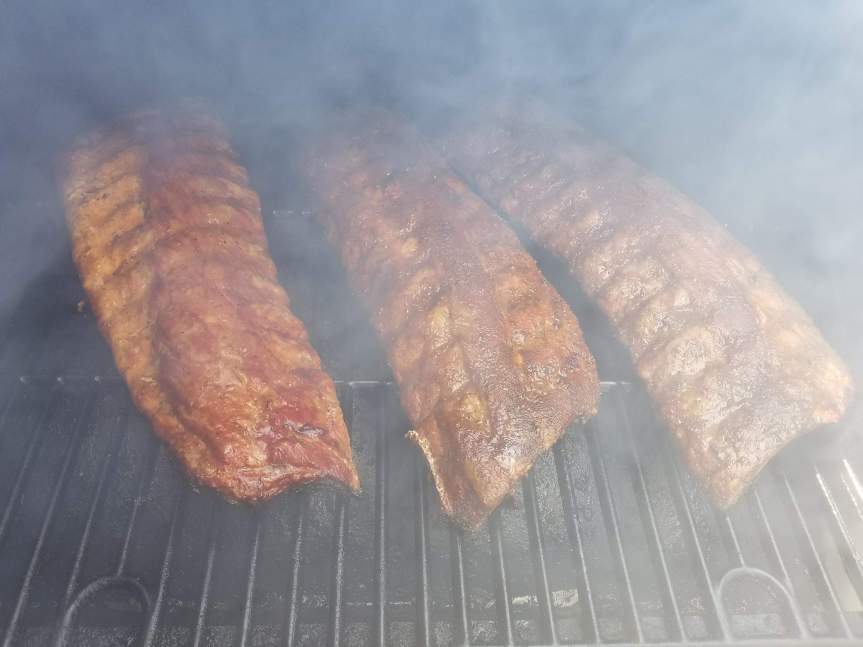 Step One: Take meat and trim any heavy fatty portions, make sure to remove the membrane from the back of the ribs. If using boneless loin trim off any silver skin so marinade can penetrate the meat.
Step Two: Place meat in Non-conductive dish or gallon plastic bags add the marinade to the meat and place in fridge 6 – 24 hours.
Step Three: Prep Grill or Smoker to manufactures specifications. If using a grill, we will be using the indirect method. Place coals on one side place wood chips in a foil pack and poke a few holes to allow smoke to come out. I like to use fruit wood like apple or cherry both work equally well. Place the meat on the opposite side we are looking for a temperature of 225 F or 107 C, we are going low and slow no hurrying on this one. We are looking for an internal temp of 165 F or 73 C on the meat. If doing ribs, we will use a little different method called the 2-2-1 method this is 2 hours of smoke wrap ribs in foil add ½ a cup apple juice to each rib and coat with a nice thin layer of the sauce for 2 hours. Open and drain juices out in a pan add the rest of the sauce to pan and whisk till combined this is your glaze to use for the last hour and makes a nice dipping sauce as well. If using loin, we will use the sauce as the glaze as well except we will coat meat in a thin layer after cooking for a hour then every 35-45 minutes after keep layering and building that nice mahogany color. Remember that the loin needs pulled at 160F or 70C and covered and let to rest before slicing. Carry over heat when covered with foil should rise about 5 degrees.
Make a nice white rice to serve with asparagus or fresh green beans.

How it looks to me that our food system changes.

Having been in this industry now for 26 years I have watched food go through 4 different changes in Ireland. Being in the scene as companies like pallas foods or la rousse were only being setup at the time I have had the pleasure of watching food on our island make several moves.

The first that I got to witness was the traditional stage as tourists flooded our green isle for things like Irish stew, bacon and cabbage and some of the best fish this world has to offer. The fish itself has taken a turn like no other. I remember as a child going with our father to the river to do a spot of fishing on a lazy Sunday morning. From the mouth of the river we could see the wild Salmon as they would make their climb up the river to the old nests where they would drop their eggs. Catching the salmon jumping up out of the water would have been a common thing as I grew up but now you could spend 3 days out by the river and never see a single one.

The next piece of growth in the Irish food scene. As owners started to come into plenty of money and the food scene took off into 2 areas. Gourmet and bulk. Bulk started taking place in towns with plenty of beds to fill. An example of that would be your Clifdens, Westport, Killarney etc. Where the bus tour companies moved in, serving anything but Irish food. They may have called it Irish stew but I’m about 98% sure that if your going to make Irish stew you could at least use Irish beef or lamb and well I reckon that 90% of all Irish stews at the time were made with beef which in my mind is the desecration of our culture by our own caused by figures on a screen. At the time of this taking place chef’s had no say, they were given figures and weren’t told do the best you can with that, they were told that’s what you have, this is what I want you to make now hop to it.

Our resilient chefs, this is where the fight back happens and food take a change for the right and the introduction of social media. Now I want you to sit back while you read the next part because some of you may think that’s a load of waffle but here we go. “The god complex” As we listen to idiots talk about figures, the truth comes out about food and what the people with the calculator have done. Devastating food, history, passion, belief and skill and then we the passionate have to listen to idiots with calculators talk about the shortage of chefs and wonder why. It’s actually pathetic to think that they will abuse a person to within an inch and then wonder why nobody wants to be a chef. DUE TO THE INCREASED VOLUMES OF SHIT THAT CHEFS HAVE TO PUT UP WITH, THE TABLE WILL TURN.

Where are we at now, well let’s talk about our own patch. 3 of the gangsters opened a restaurant with the food system in their minds. The best of Kerry on a plate I heard get passed around. Food is now changing and chefs are been proven that a god complex is fitting as for humans to survive we need to eat. The distance we are willing to go is fantastic. Allowing grown men to chop up your planet without a care in the world (No pun intended). In the mean time I watch our cluster, I’ll start with our Gangster Sid Sheehan who opened a school called nourish by nature, chef Noel create a gardening company to serve food that has grown with your plate in mind. Serving food that tastes the way it should. Marcus Eidner a mushroom foraging expert. Paul Cotter does his coastal and woodland foraging most days so as he may serve up the best he can find. The result is there is no calculator men here. Just people that are passionate about the next stage of the evolution of food.

The message I would like you to get is simple, protect your kids, raise your awareness and try not to give into the quick fix because the quick fix generally falls short of health and safety. Remember folks, man created the calculator, god created the planet…. 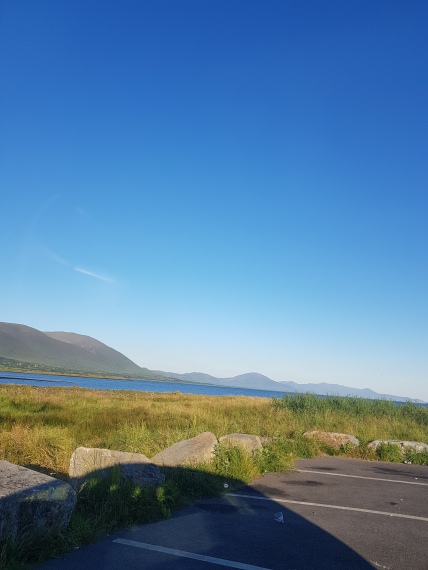 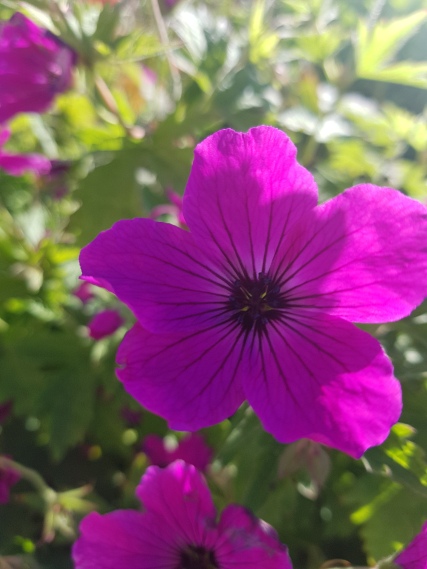 As the heat gets turned up on the Irish summer, i know its only gonna get hotter, and foraging is going to get harder with the ground drying up, and soil types will decide whether it will becomes dust or clay, fortunately both forest are a mix of both so happy hunting for me, both have an abundance of wild herbs and leaves to choose from which include chervil, sorrel, vetch and dandelion to name but a few, the coastline has erupted into life with a large variety of edibles on offer from samphire to seaweeds, and everything in between.

Now more than ever before I’m being recognised, I’m not a shy person by any means or stretch of the imagination. Your one of them Croi lads, or one of the gangsters. Especially on the coast, i was told in passing by a gentleman in passing that i was out early for the restaurant, in his defence it was 7/8 am on a Sunday. He kept going as did I. Thats what i love about it true Irish remarks.

That’s all wild, and interesting, my mothers tunnel, is a whole other story, im trying to restart a growing system in there and try to grow winter stuff this year and let nasturium run free, madness to some gardeners, to me nasturium pesto, dried leaves, and capers, later in the season. So there is a plan seems mad and i suppose it is, i see logic to it, its in my head and that’s enough for me. Strawberries are flying as is the rhubarb and peas, tomatoes starting to come. Last years crop returning once more i had planned on having beef steak tomatoes this year bit lost the packet, couldn’t find them again, oh well, help a fella out @evesleaves love her relish and a huge thanks for the elan strawberries, delish. So later in the year ill have jams etc from wild berries bilberries (fraughans) are coming nicely, still green.

As a side note i will be writing my next piece as a married man. To my bride to be Jenny, @wattonarts on Instagram, dont be too late.