a lot has been written about this topic,and most of it is pretty much the same most saying its the young people, who either don’t want to come into the industry , or wont take a job which is hard work and long hours

both maybe true  but neither is the reason for the shortage in my opinion.

I have seen others blame collages, for not giving them a real sense of the kitchen life, and that the training does not match reality of the everyday kitchen again maybe some truth in it .

for me there is two reasons behind the huge fall out of people who enter the industry,

and that’s the government and the head chef/restaurant owner ………

I know a lot who read that will go yea the government but me no no no cant be,

well I’m afraid yep you are, and for quite a few reasons too, but before I write about that. we will take government .

cost cost cost driven up by them to the point no restaurant/hotel/etc wants commi chefs(trainee) because they cant afford them. every place wants ready made fully trained experienced chefs.

when I trained (yes many moons ago) all hotels had several commi chefs and training programs . but the cost of employing someone has been driven up and up ,

the cost of having them is now to much,so less places for trainee chef, less chefs

that’s just the start of it before you buy gas, food,wages,linen, beer licence, wine licence (yes they are different),music licence,esb and it goes on. 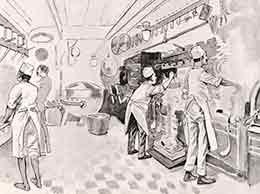 nobody and I mean nobody gets into the culinary scene to open boxes of premade/pre cooked/frozen crap , that’s a fact you can take to the bank, and a lot of places run their kitchens like that buying in premade/precooked/frozen produce its a joke.

wearing a chefs jacket does not make you a chef , cooking fresh seasonal produce does.

a lot of chefs no longer have any idea of the seasons at all.

you will find the better the restaurant the easier it is for them to fill jobs.

the head chef ,yes me and many others are to blame,if you roar and shout at your team you are a big big part of the problem , if you team cant produce the dishes the way you want under pressure then your to blame for poor training.

if they cant keep up during a busy service, then your training is not good enough, and I think it is here most head chefs fail . it is part of your job to train young chefs.

most of my training wasn’t in collage, it was what I learned from my head chefs the time they showed me how they wanted it.

sure the hours dont help but I don’t think it is the biggest factor.

I hear people mention money again it is quite good if you are same as every other industry. 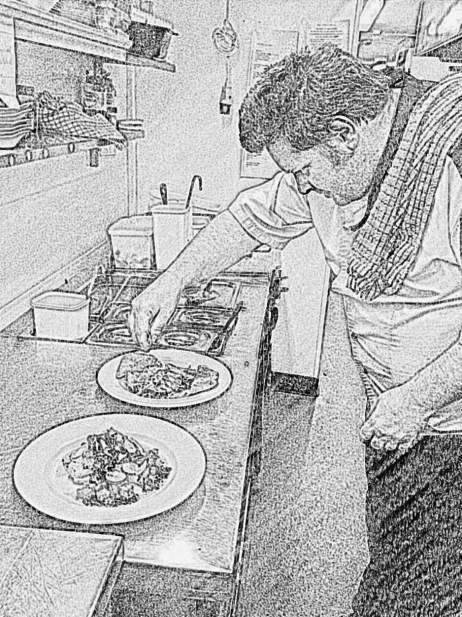 now don’t get me wrong for all I have said here …… I love it and wouldn’t do anything else.

I have enjoyed it for the most part over the last 25 plus years.it has allowed me to travel while working and had a blast.

and there is the other side, the best and hardest part come at the same time, a busy service where you put out the plates you create to a full dinning room yes there are standard dishes steak etc but it is the other dishes maybe seasonal or one off special like last weekend where we got razor clams that morning and had a staff tasting at 5 o clock as the menus were already done and sold out because they had tasted it.

the customer sending back compliment’s.

we are part of special events all of them good and bad weddings to funerals all revolve around food.

2 thoughts on “chef shortage my thoughts”